Many thanks to Impact Trade Union for the Support in raising funds for our Charity. 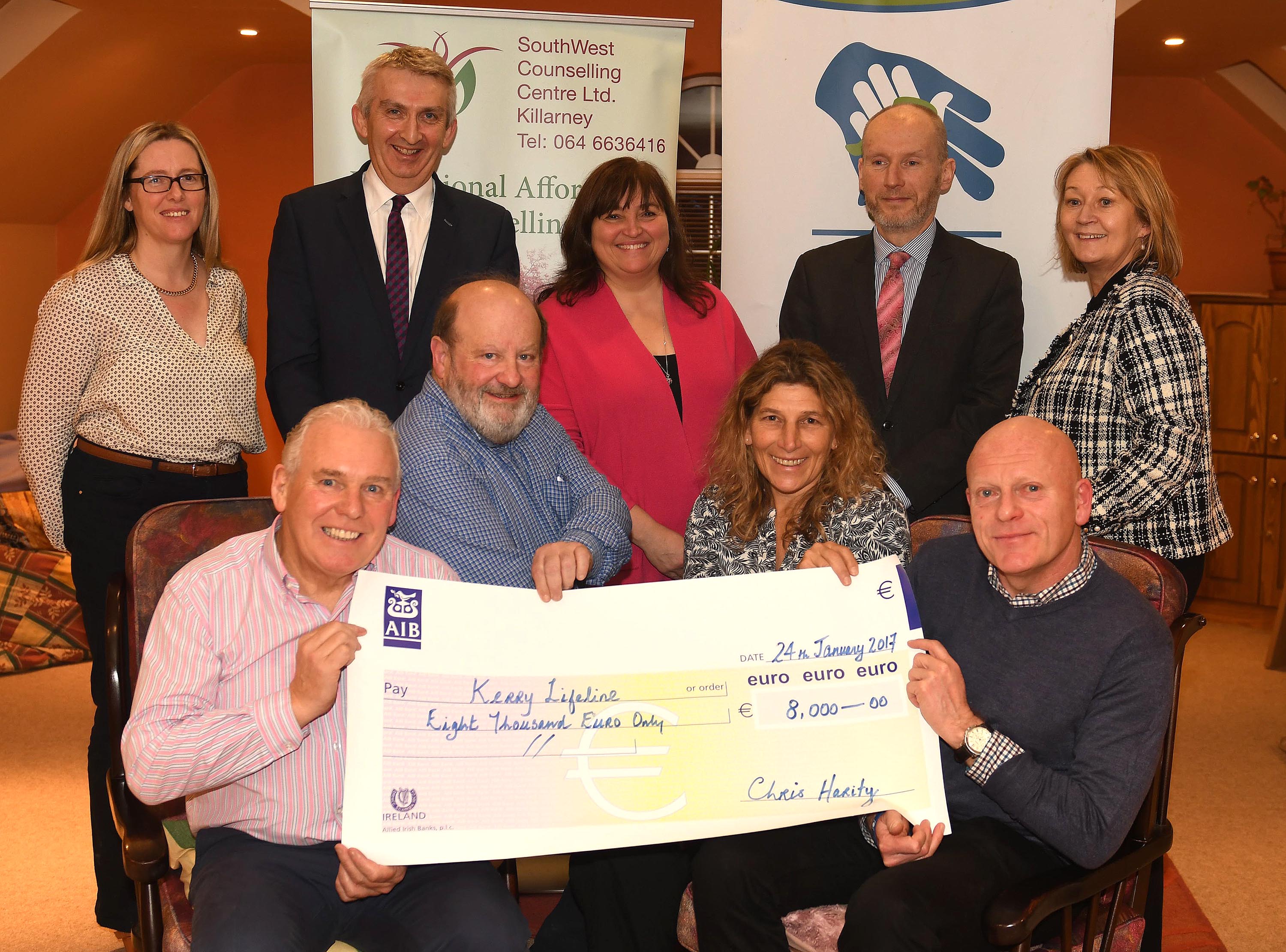 SouthWest Counselling Centre was overwhelmed at the generosity and innovative fundraising that the IMPACT Trade Union recently undertook. Every second year the trade union has a national conference held across Ireland, and an idea to cycle to raise funds from Dublin to the conference venue was hatched over 10 years ago by Dessie Robinson Assistant General Secretary IMPACT and Eamonn Donnelly National Secretary IMPACT. In 2016 the conference was held in Killarney and these intrepid cyclists were joined by fellow trade union members and raised a substantial amount for four charities of which SouthWest Counselling Centre was one. In the presentation of the cheque, Kevin O’Malley, IMPACT Honorary Treasurer and Kerry Branch Chairman, was filled with praise for the work that SouthWest Counselling Centre has done over 22 years, citing that often it goes unacknowledged after a client has been helped.  The  Kerry branch donated an additional amount as a token of their appreciation.

The Board of Management, the staff and the clients of SWCC are very grateful to the  IIMPACT Trade Union, which showed another side to the Union, which is very thoughtful and supportive of Charities, having raised over €100 000 in the five years these cyclists have raised funds whilst clearly having fun! The funds raised will facilitate the continued provision of our affordable professional counselling which is unique in Kerry in that we offer counselling across the lifespan all under one service. The funds raised will ensure that provision of services to the most vulnerable in our community will allow us to continue to provide a lifeline for many people who are overwhelmed with despair, and through the process of counselling are able to find hope. SouthWest Counselling Centre will also use the funds raised to promote mental health wellbeing through workshops and materials focusing on healthy relationships, communication and ways to manage stress with youth, parents and older adults. By selecting us as a deserving Charity it has elevated the visibility of the Centre as well as Counselling and Mental Health wellbeing, for which we are immensely grateful to the IMPACT trade union.

SouthWest Counselling Centre would like to thank M...Read more >

Updated Numbers When You Need Them Poster - Poster...Read more >
Get in touch

SouthWest Counselling Centre would like to thank Muckross Craft Centre and Garden Restaurant for rai...